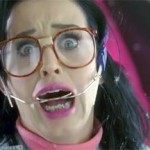 The job of the celebrity is to maintain their carefully constructed image: from personal trainers to plastic surgeons, from publicists to image consultants, celebs do everything in their power to make sure they look good. But just like the rest of us, no matter how hard they try, there will always be a little part of them they can’t change. Their family. Here are ten celebrities with the most embarrassing family members—out of control, hot-mess parents, brothers and sisters whose wacky behavior is an embarrassment to us all.

This Hollywood starlet maintains a sparkling good-girl image, while her brother goes around Nashville attacking women. John Draper Witherspoon was arrested for aggravated burglary and sexual battery, entering the home of a young woman and assaulting her while she slept. When Reese was asked about her brother, she replied: “No comment.” Elle Woods would have said, “I object!”

Most brothers fight over simple stuff, like video games or the last cheese puff in the bag. Dane Cook’s (half) brother started a much bigger fight: he was found guilty of embezzlement, stealing millions of dollars from the popular comedian. Good thing he’s in prison for five to six years!

It’s hard being the least successful brother. Daniel has tried to attract attention to himself a slew of other ways: running naked through the Plaza Hotel, crashing into parked cars, and an arrest for possession of cocaine.

I’m sure Father Al was proud that his son was driving a Prius… just not that the environmentally friendly car was full of marijuana and prescription drugs.

This picture says it all. Hania suffered a drug overdose, reportedly confessing to overdosing on the muscle relaxer Soma.  It seems like overdoing it runs in the family!

Oops. Barron Hilton (what a name) was arrested for a DUI and running over a gas station employee.

Noelle Bush, one of the few criminals to be photographed in a cardigan, was first jailed for forging a prescription. Then she was jailed for violating her plan of treatment.  “My daughter’s not perfect,” says Jeb. Well neither are you, buddy.

“You know how to make the Jew jealous? Have some money, honey,” preached Keith Hudson, minister father of Katy Perry. “You go to LA and … where we live and it is so rich it smells. You ever smell rich? They are all Jews, hallelujah. Amen.” This man wears his religion like bling around his neck, spreading anti-semitism around Ohio.