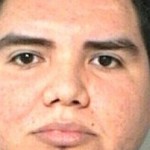 Richard Mendoza Jr. was arrested in August for the murder of his teenage classmate back in 2002. But because the District Attorney’s office somehow forgot to file paperwork against him within the 90 day window after his arrest a judge had no alternative but to let the man go. He was released on $75,000 bond, but it’s a type of bond that requires no down payment.

Fort Bend County DA’s office is claiming full responsibility over the error, stating that at the time they were hoping to get more details on the case, perhaps trying to attach more charges to Mendoza. Somehow the case just slipped under the radar.

Mendoza is required to have no contact with the victim’s family and must have his location tagged via satellite at all times. Though the family fears less about a confrontation and more that Mendoza may flee.